OKorder.com
Post a Buying Request!
Get the Mobile App
Home  >  Info  >  Processing Industry >  Do you know the bridge rectifier ic?

Do you know the bridge rectifier ic?

Half wave rectifier using diode as one-way conduction characteristics, in the case of the standard sine wave input,the negative part of the loss.

The uncontrolled rectifier circuit is composed of uncontrollable diode, the circuit structure is certain after the ratio of the DC, rectification voltage and the AC power supply voltage value is fixed.

2) the semi control rectifier circuit is composed of controllable elements and diodes. In this circuit, the load power supply polarity can not be changed, but the average value can be adjusted.

3) in full controlled rectifier circuit, rectifying elements all are controllable (SCR, GTR, GTO), the output DC voltage average value and polarity can be through the control elements ,in this circuit, power can not only by the power transmitted to the load, it can also be by load feedback to the power, that is, the so-called active inverter.

Prev: Do you know the computer power cables?

Next: what the wire mesh continer is? 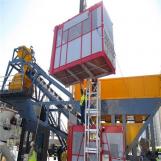 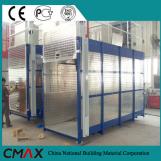