How to thaw frozen water pipes

During winter months, water inside plumbing can freeze and, in the worst cases, crack or burst pipes. Not all frozen pipes break, however, and you can prevent major problems by carefully thawing them out. If a faucet won’t run, runs slowly or you have a blocked drain during cold temperatures, suspect frozen pipes. After locating the frozen pipe, select the proper method for thawing it. 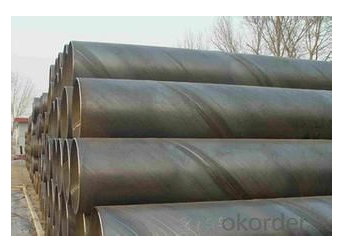 Frozen pipes do not leak until the ice inside of them begins to melt. Damaged pipes will not reveal themselves until you have begun to thaw them. Locate the cutoff valve for the pipes you are thawing before beginning the process so that you can shut off the water quickly if necessary. Once the water is flowing again, check carefully for small leaks. Turn off all faucets, and monitor the water meter for unseen leaks.

To thaw pipes that lead from the water main to a faucet, open the faucet so that the water running through the pipe helps melt ice in the pipe. The open faucet will also create an escape for any steam created as you heat the pipe. Apply heat to the frozen area of pipe by moving from the end closest to the faucet toward the main.

Do not use open-flame devices such as a blowtorch or propane heater. This is not only a serious fire danger, but it may cause excessive amounts of steam to build up in the pipe and cause it to burst. Instead, wrap the pipe in an electric heating pad or towels soaked in hot water, use a hair dryer on the pipe or place a space heater near the pipe. Electric heat tape can also be used, but it is usually not recommended for PVC pipes.

Pipes that lead out of the home can be treated the same way as water pipes, but they are often underground or otherwise inaccessible. In these instances, slowly pour hot water into the drain. Alternatively, snake a piece of rubber tubing into the pipe until it reaches the ice. Boil a kettle of water and attach the end of the tube to the spout. Steam will travel down the tube and slowly melt the ice.

Prev: How to thaw pipes

Next: How to protect pipes from freezing