OKorder.com
Post a Buying Request!
Get the Mobile App
Home  >  Info  >  Chemical Industry >  Rubber & Plastics >  How do you unfreeze pipes

How do you unfreeze pipes

Do not use open-flame devices such as a blowtorch or propane heater. This is not only a serious fire danger, but it may cause excessive amounts of steam to build up in the pipe and cause it to burst. Instead, wrap the pipe in an electric heating pad or towels soaked in hot water, use a hair dryer on the pipe or place a space heater near the pipe. Electric heat tape can also be used, but it is usually not recommended for PVC pipes. 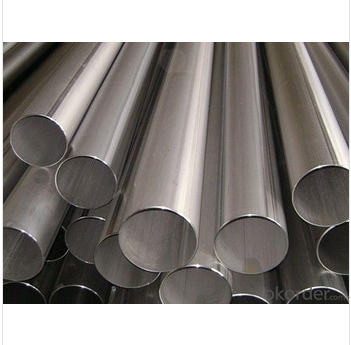 Pipes that lead out of the home can be treated the same way as water pipes, but they are often underground or otherwise inaccessible. In these instances, slowly pour hot water into the drain. Alternatively, snake a piece of rubber tubing into the pipe until it reaches the ice. Boil a kettle of water and attach the end of the tube to the spout. Steam will travel down the tube and slowly melt the ice.

Pipes that are constantly exposed to the elements, such as those beneath mobile homes, are protected by heat tape, which is plugged into an electrical source. If that electrical source goes down, or if the heat tape simply reaches the end of its lifespan, typically three to five years, pipes will freeze. Follow the same steps as with other pipes and replace the heat tape. In an outdoor setting, it is safe to use a heat gun, normally used to remove paint, to thaw pipes.

The best way is to first open all the faucets to release any pressure in the lines. If you can get to it; turn off the valve before the problem pipe you want to thaw. If the pipe has already burst, then you need to repair that section (if there was pressure then there might not be a burst situation.) Look around for signs of water leakage.

Now you want to warm the pipes--don't rush this. Open cabinets to let the house's heat get to the pipers if it is a sink that is frozen. If the frozen pipes are inside a wall or in concrete other than hiring a plumber with a pipe thawing machine (assuming you don't have plastic pipes) the only thing you can do is warm up the room and wait.

A hair dryer can also assist, if there isn't any water around the area.

When you have found and repaired the area, then to prepare for next year, either insulate the pipes better or add a thermostatically controlled pipe wrap (to keep the pipes warm in colder weather.) Also consider rerouting pipes within a heated area.

Prev: How to avoid frozen pipes

Next: How do you thaw frozen pipes