This is an analyst and thinking of Aerogel industry’s especially in Asia market. Only aim to share and initiate, welcome to participate in the discussion so we might see better of the aerogel industry.

Aerogel, is a nano-porous structure of the new material, invented by the United States Kistler.S in 1931, appears as translucent bulk or particle, color is white to light blue. Due to super light weight as the haze and the light blue color, aerogel is also known as "blue smoke", "frozen smoke". It has achieved 15 Guinness record in the thermal, optical, electrical, mechanical, acoustic and other fields for many strange properties, also known as the most magic material in the world in the 20th century. Besides original characters, is has a huge potential application value of dual-use technology and composition material.

Thanks to nano-porous structure (porosity up to 80%-99.8%), thermal conductivity of the aerogel can be low as 0.013w / (m • k) at room temperature (around 25 centigrade), which is the best thermal insulating material human has ever discovered. In the fields of aerospace, petrochemicals and electric power, ship vehicles, precision instruments, refrigerator cold storage, clothing tents, building energy and other fields have broad application prospects, is a revolutionary alternative to traditional insulation materials.

For large scale use, more than 90% aerogel was used in industry insulation like oil & gas pipe insulation, only small percent was used in high-end building construction like historical building repair. Actually, as building material, aerogel product (especially aerogel insulation blanket and panel) has great potential in business and residential industry like wall, floor and door.

In recent years, aerogel materials have been widely concerned by the government, academia, enterprises and investment communities. Now more and more countries paid much attention on energy saving and consumption, with policy tendency and publicity guide, academia and enterprises have every reason to do more research on nano-materials including aerogel. Perhaps in the future we will see many businesses in the field of aerogel which rely on technological innovation and low cost to make this material more affordable and widely use in industry, business and residential.

Next: What is aluminium oxide powder 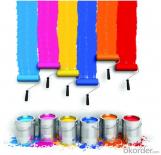 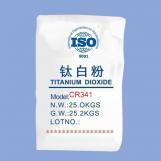