OKorder.com
Post a Buying Request!
Get the Mobile App
Home  >  Info  >  Chemical Industry >  Chemical >  What is the types of inorganic compounds？

What is the types of inorganic compounds？

What is the types of inorganic compounds？

The vast majority of the inorganic compounds can be classified into 4 categories: oxide, acid, alkali and salt. The inorganic substances in the living organisms are mainly water and some inorganic ions, such as Na+, K+, Ca2+, Mg2+, Cl-, SO42-, etc..Inorganic salt can be divided into: ions and compounds, ions are to maintain the normal life activities of cells, compounds are important components of intracellular compounds.

A compound consisting of two elements, one of which is an element of oxygen. The material that can react with oxygen is called an oxide. According to the different chemical properties, the oxide can be divided into two categories: acid oxide and basic oxide.

The general name of a class of compounds that can produce H in aqueous solution,which relative to the base.Hydrochloric acid, sulfuric acid, nitric acid in aqueous solution of ionization, produced by anionic (carboxylate), although not the same, but the cations generated (H) is the same, so they in nature have in common. For example, it has a sour, it can dissolve many metal; it can make litmus blue litmus red and so on. 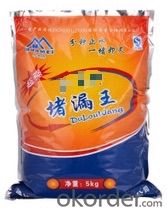 Bitterpungent，the solution can make the specific color of the indicator substance (such as turning litmus blue phenolphthalein red, etc.), the pH value is greater than 7. The ionization in aqueous solution are all anion hydroxyl ions react with acids to form a salt and water.

Prev: Introduce to you the Aluminium oxide abrasive

Next: What are the types of chemical additives?