The pressure-cooking models can raise the water's boiling point higher, e.g., from 100 °C at 1.0 atm up to about 110 °C at 1.4 atm, which speeds cooking. They are also suitable for cooking brown rice (which contains oils and bran fiber that cook differently from pure white rice starch). The pressure-cooking models can also be used in high altitude areas. 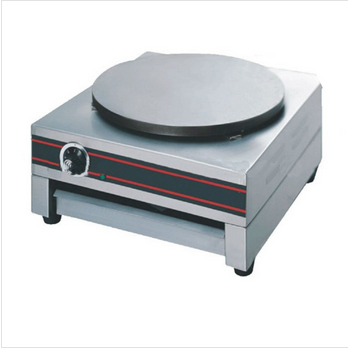 The bowl in the rice cooker is usually removable; beneath is a heater and a thermostat. A spring pushes the thermostat against the bottom of the bowl for good thermal contact. During cooking the rice/water mixture is heated at full power. The water reaches a temperature of 100 °C (212 °F); it cannot get hotter than its boiling point. By the end of cooking there will be no free water left; most will have been absorbed by the rice, and some boiled off. As heating continues, the temperature can now rise above boiling point; this makes the thermostat trip. Some cookers switch to low-power "warming" mode, keeping the rice at a safe temperature of approximately 65 °C (150 °F); simpler models switch off.The rice is measured and added to the inner bowl or washed in a separate bowl (it is not recommended to wash rice in the inner bowl itself) in order to remove loosened starch and residual bran. Strainers are often used in the washing and draining process. For better texture and taste, some types of rice, e.g., Japanese rice or Calrose rice which is suited for absorption method, require pre-cooking water absorption. The water absorption step typically involves letting the rice stand for at least 5 min after draining water from the washing step and soaking the rice in the measured water for at least 15 min (or some claim it to be 1 hour) before cooking. The water draining step is colloquially believed to make the water measurement more accurate, if the water is measured and added after the initial water absorption that takes place in the washing step. Some people prefer to achieve the water absorption by simply leaving the rice soaking in the rice cooker overnight before starting cooking in the morning. Some other types of rice, e.g., long-grain rice or scented rice such as jasmine rice, do not require washing or the water absorption step. The water for cooking is added to the inner bowl by using measuring cups or simply filling up to the appropriate graduated mark in the inner bowl. Although cold water is normally added, boiling water is used for cooking sushi rice.