OKorder.com
Post a Buying Request!
Get the Mobile App
Home  >  Info  >  Service & Security >  home security company need to put up a bridge of simulation and digital

The vast majority technologies of the security industry are introduced. 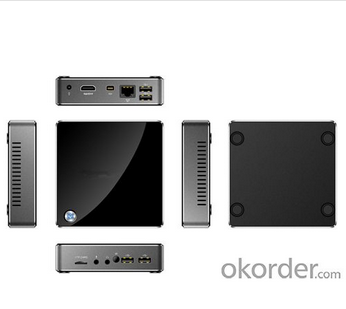 The key to the use of technology is that how to make the user and the home security company comfortable.

In the era of the IP, digital cameras are difficult to promote, in the definition of IP is not as good as the simulation, a technology to do to bring benefits to the user will last long. Such as DVR instead of VCR to give the user a real benefit, so quickly get the popularity, and the target of the IP does not allow the user to see the benefits of intuitive, mainly clarity, bandwidth, delay. Now launch HD, the image quality is certainly no problem, but the bandwidth, delay, storage or a certain problem.

We are also looking at SDI that is called the analog HD, which may well be promising.One is that it has no link to the IP package, to avoid the problem of delay, the two is the cost is not higher than IP. Sometimes it may be cheaper than the IP, IP system if the need for the transformation of the other aspects of the reform is not cheap.Third, home security company do not need to look for IT staff every day to learn new technologies, do not need to understand the code stream, IP address, gateway, etc.. There is still a large number of security people do not understand IP, used to connect to the coaxial cable, optical fiber, etc.. They feel that it seems to be that they will be merged by the IT department in the future. They will not be happy.

In addition,compatible problem,not compatible with software and hardware, software and other charges,these are the vexed things for engineering companies.Now ONVIF has not done, SDI is the standard radio and television standards, compared with the standard, with IP than up,it has its advantages.

I think, the home security company should carefully evaluate, but is not new in order to be different to allow customers to see the benefits. Now 80% of the market is still in simulation, so we should not speculation concept, but to see what the user needs, put up a bridge from analog to digital.

Prev: home security providers should be growth in the new situation

Next: The importance of free security for computer