Thread is a common structure of parts; it is the key part of thread connection and screw drive. We can see thread frequently in our daily life and there are lots of thread type. Now, let me introduce the thread type to you so you can know more about thread. 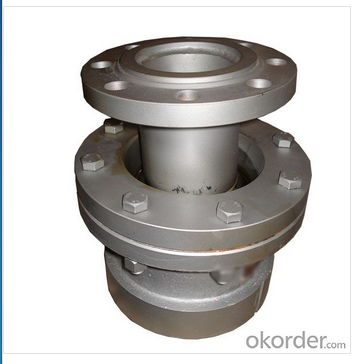 As we all know, thread has too many types, so we only introduce three commonly used threads to you. The most frequently used three kinds of thread type are common threads, the inch thread, and cylindrical pipe thread.

Common thread: We use this thread type most. In the national standard, the triangle metric thread with tooth type Angle alpha = 60 ° is called common thread. Its large diameter d is nominal diameter and the same nominal diameter can have many thread pitch. And the one with biggest pitch is called coarse thread which the rest is called fine thread. The most widely used in our life is coarse thread. And fine thread is suitable for the connection of thin wall parts because it has a big path and small angle.

Inch thread: it is a kind of thread type mainly used in Britain and US. Unlike the common thread, its tooth type Angle alpha=55 °. And its pitch is showed by the number of tooth per inch. In China, we generally only use inch thread in replacement.

Above all are the three kinds of thread type, and there are still many kinds of thread are used in our life, like rectangle thread. There is no doubt that thread plays an important part in our industrial development, and it is widely used in all parts in our life.