According to the data from Taiwan Brazil Trade Center,the bolts and nuts suppliers made the following analysis. 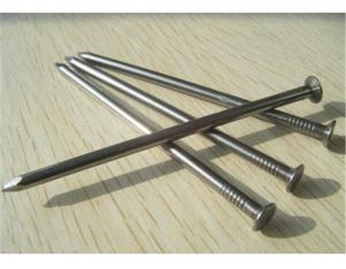 Bolts and nuts suppliers are often based on the use of the product, through the exhibition and the establishment of agents and other means, to seek and automotive, furniture, construction and machinery and other industrial manufacturers, as well as the screws, nuts and bolts and other dealers or stores cooperation.

Brazil screw, bolt manufacturing number is more, but the nut manufacturer is relatively small. The production of screws, bolts and nuts are mostly used in the automotive, furniture, construction and machinery industries, for the information industry, because the assembly plant imported from abroad when the zero component,  most are equipped with screws.

The Brazilian government should be the requirements of domestic manufacturers. In February 2007 issued a decree, import functionality is simple and without heat treatment of screws, nuts and bolts, must apply for import license and import declaration price per ton of not less than $1650, but special purpose screw is not in this range.

It is understood,China, standard parts in the Brazil market share is high,almost all of the world's standard parts. China Taiwan fastener exports accounted for about 5% of total imports, while Taiwan's exports to Brazil, the amount of fasteners Taiwan exports accounted for about 1.5%. Brazil from the United States, Japan, Germany, Italy, France and other developed countries imported fasteners are mostly available to these countries to invest in the car factory.

Prev: We are concerned about the common sense of diamond cutting tools

Next: Safety construction requirements and measures of concrete cutting tools