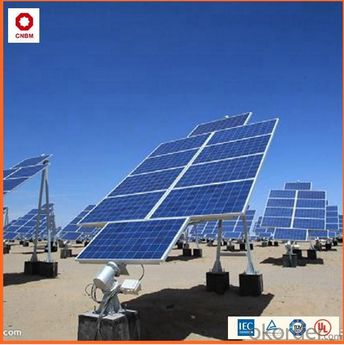 The function of each part is:

(c) battery: General lead-acid batteries, it has two kinds, respectively is 12V and 24V, small or micro systems, but also be used nickel metal hydride batteries, nickel cadmium battery or lithium battery. The function is to store the electric energy of the discount solar panels when the light shines, and then release it when needed.

(d) the inverter: On many occasions, we are required to provide AC220V, AC110V AC power. Because of the direct solar energy output are generally DC6V, DC12V, DC24V, DC48V.In order to provide power to the AC220V, it is required to convert the DC power to AC power, so it is required to use the DC-AC inverter. In some occasions, the use of a variety of voltage load, it is also used in DC-AC inverter, such as the 24VDC of the power to convert into 5VDC electric energy (note, not a simple buck).

Prev: How to choose good solar panels for houses

Next: Development of Chinese solar panels companies in the next few years