the development of biogas engine

At present, most of the energy used in the world is fossil fuel, experts believe that in the beginning of twenty-first Century, half of the fossil fuel is exhausted. The shortage of petroleum resources and the deterioration of the ecological environment are the main problems in the twenty-first Century.Rational utilization of resources and the development of clean fuel will be the future of mankind's unremitting pursuit, which makes the development of gas machine more and more attention, the gas machine is also increasingly fierce competition.In foreign countries, due to the broad market demand in recent years, the engine manufacturing enterprises in order to meet the needs of the market, competing to develop the performance of the gas machine.Despite the wide variety of alternative fuels, there are few, however, widely used, mainly because of the lack of alternative fuels on engine power and economic performance.Now we use more is liquefied petroleum gas and compressed natural gas,in the large and medium cities of our country, some of the buses use liquefied petroleum gas, some of which use compressed natural gas. 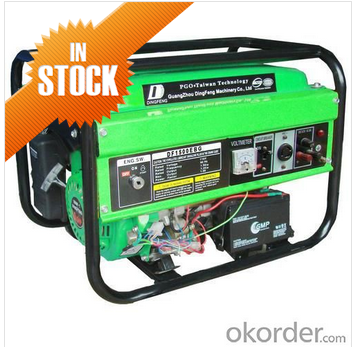 In addition, ethanol is added to gasoline as a fuel in a certain proportion of gasoline. Although many alternative fuels are not widely used at present, they have very broad prospects for development. For example, methane, it is a mixture of combustible gas, the main component is methane, and the rest for carbon dioxide, oxygen, nitrogen and hydrogen sulfide, etc.. Methane has a wide range of resources, waste utilization, low price, complete combustion, emissions and other characteristics.So the biogas engine is also slowly into people's vision. Biogas engine is divided into dual fuel and a full burning type two, biogas dual fuel engine working principle is through to the combustion in the spray room into a small amount of diesel fuel, after compression ignition after ignited biogas combustion of acting. Structure just on diesel engine intake pipe and a regulating mechanism to make some changes, simple modification,; full burning type biogas engine, the spark plug, jump fire ignites the gas mixture of methane and air, without ignited by pilot diesel. The dual fuel biogas engine has good flexibility in the area of the gas resource is not very abundant, and when the amount of the biogas is reduced, the diesel fuel is the main engine, which does not affect the operation of the engine. In the area of rich methane resources, the whole burning biogas engine will have better superiority. At present, the biogas engine is mainly used as a stationary power source, for example, as a power generating unit and the power and heat supply system.

Prev: Do you know what the biogas definition is

Next: introduction and characteristics of anaerobic digesters